We are less than a week into Right to Vape Fundraising Campaign and over $60,000 has been raised from 700-plus vapers and businesses to support the efforts of the American Vaping Association and the Right to be Smoke-Free Coalition (which will receive 25% of all funds donated to support its current court cases).  In my six years of being involved in vaping advocacy, I can think of few other times where there has been such an outpouring of support. To each person who has funded this campaign or shared it, as well as RiP Trippers: thank you. 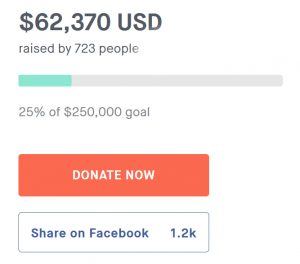 How does AVA plan to use the money generated by this campaign?

Of the first $50,000 raised, AVA’s share of $37,500 will be directed to a joint project between several major advocacy groups that will be formally announced the week of August 28th. This project and its budget has been in the works for the past two months and is aimed at generating more press, media, and political attention to the consequences of the FDA’s deeming regulation through events, town halls, and rallies in target legislative districts. If you want to be the first to get a notice when this announcement is made, please sign up for our mailing list at vaping.org.

As many already know, the AVA runs on a budget that is dwarfed by the even the smallest of our national opponents.  We do a lot with the funds we do have, but there’s so much more that could be done. Additional funds raised will be used to support and expand our existing work to protect the freedom to access these products at the state and federal level. That includes:

Ideally, we would also like to bring on an additional person to AVA to assist with our legislative and communications efforts. Beyond just the threat of the FDA, it’s clear that our opponents are emboldened by the FDA’s regulation.  In 2017, the knives are going to be out and the fight for tobacco-style taxes and bans will heat up. Now is not the time to get complacent when it comes to the threat that state governments pose to your ability to sell or buy vapor products.

Once again, thank you to everyone who has supported this campaign. Please keep sharing it and letting people know of the important work that needs to be done. And of course, if you haven’t already, please visit August8th.org to send emails and make phone calls to your elected officials to let them know how important vaping is to you. 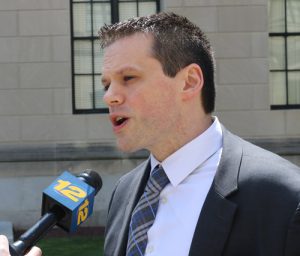