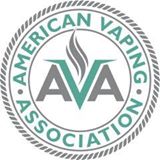 WASHINGTON, D.C., July 14, 2014 – The American Vaping Association (AVA), a leading advocate for the health benefits of electronic cigarettes, today endorsed legislation by Sen. Tom Harkin (D-Iowa) and others that would require childproof packaging for liquids used in e-cigarettes.

In addition to backing Sen. Harkin’s legislation, the AVA supports a federal ban on the sale of e-cigarettes to minors. Forty-one states already have such a ban on the books.

The Food and Drug Administration is proposing to classify e-cigarettes as tobacco products. The AVA believes that rule would unnecessarily burden the fast-growing, U.S.-based e-cigarette industry with complicated and expensive regulations. The AVA has called on the FDA to extend its period for public comment about the classification for another three months beyond its current August 8 deadline.

The AVA is concerned that the proposed FDA rules would essentially hand over the e-cigarette market to Big Tobacco at the expense of consumers, public health and small- and medium-sized e-cigarette businesses. The AVA represents independent manufacturers in the e-cigarette industry, many of which are family owned and operated in the U.S.

You can learn more about AVA and vaping by visiting the AVA website.

About the American Vaping Association:

The American Vaping Association is a nonprofit organization that advocates for the rapidly growing vaping and electronic cigarette industry. We are dedicated to educating the public and government officials about the growing evidence that e-cigarettes – battery-powered devices that heat a liquid nicotine solution and create an inhalable vapor – are harm-reduction products that effectively help smokers quit.