On June 5th, voters in San Francisco will decide the fate of Proposition E, a ballot measure that seeks to overturn the city’s wide-reaching ban on the sale of all flavored “tobacco products” in the city, including vaping products (both with nicotine and without nicotine). The ban, which passed the San Francisco Board of Supervisors unanimously one year ago despite opposition from harm reduction advocates, is so extreme that it even extends to adult-only retail outlets like vape shops.

The American Vaping Association is a proud supporter of the No on Prop E campaign, as we believe that it is counterproductive to public health to ban the sale of products that are the most used smoking cessation tool in the country according to the CDC.

So, as a supporter of the campaign to stop the ban, it came as a surprise yesterday to learn that the Yes on Prop E campaign is training pro-ban canvassers to avoid using the word “ban” when speaking to voters. The below images come courtesy of the Yes on Prop E campaign, which inexplicably decided to post photos on Twitter that contained a large poster board labeled TALKING POINTS. 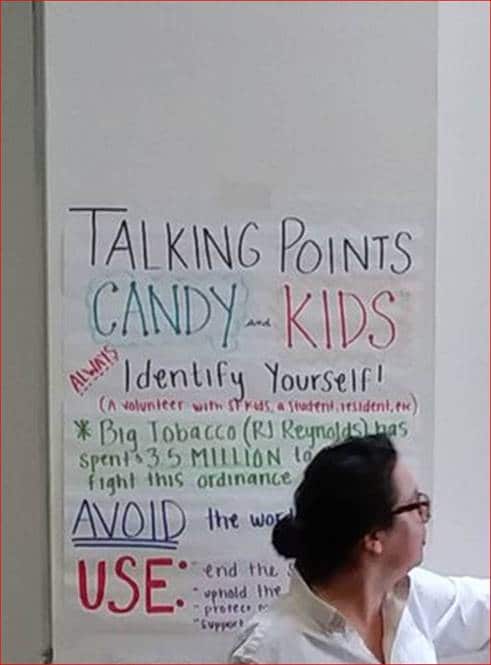 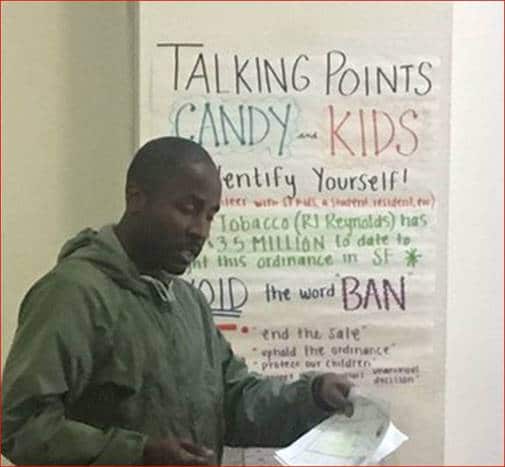 This aversion to using the word “ban” appears to be a new development. After all, the title of the ordinance — Banning the Sale of Flavored Tobacco Products — isn’t exactly subtle. When the ordinance passed, lead sponsor Supervisor Malia Cohen’s celebratory tweet noted her ordinance would “ban the sale of flavored tobacco in San Francisco” (see below). The ordinance was even called an “absolutely bombproof ban on flavored tobacco products” by University of San Francisco Professor Stanton Glantz, a prominent proponent of the ban who receives substantial funding from the FDA Center for Tobacco Products.

If the Yes on Prop E campaign is so sure that enacting an “absolute bombproof ban” is the best policy for the city, why would they actively warn canvassers to avoid informing voters of what they are campaigning for? Perhaps it is because the pro-ban campaign has talked to actual voters and discovered that prohibition and bans just aren’t popular in San Francisco. After all, less than two years ago a ballot measure to end California’s ban on recreational marijuana sales passed with the approval of 74% of San Francisco County voters.

Activists may not want to admit it, but San Francisco’s flavored ‘tobacco’ ban is just that — a ban.